Dear All,
The current application is enormous, literally huge. In order to make it user friendly the app is divided mainly in two sections.

The second section:
walks you through Ancient Greece’s Mythology, AND Ancient Greek History, with everything surrounding their main events.

Also, integrated is a GOOGLE – Style In App Search Engine, and
by typing just a letter, or two, the Search Engine will directly filter all results; so as for you, to be able, to jump immediately to the section of your choice.

Moreover, Google Maps
are integrated into the application so as to direct you straight to the point of each Site, Museum and Monument.

I hope that you will enjoy the current app.

The first part of the application focuses on:

Each Site, Museum and Monument is supported with:

The Second Section of the application focuses on:

- Timeline
(Mythological and Historical), supported with all Historical Data and Dates like the times of: Gods and Titans, Ogygia, Heroic Age, The period of Atlantis, Mesolithic to Bronze, Minoan to Mycenaean Period straight down to the Hellenistic and Greco-Roman Period.

Each Part of the Second Section is supported with:

- Pictures
- The myth, description and story behind each character, hero, god, monster or period.
- The historical Facts and Dates.
- Timetables and depictions of each main event that occurred during that time period.
- With over 400+ libraries that are constantly updated.

- Colours of the Star Rating System:

The colour in Higher OS will appear orange, as seen in the pictures, while in the Lowest OS, like 4.2 Jelly Bean will appear as blue.

ONLY QUALITY APPS by nikvas

Always geared towards excellence their main goal is to support children, regardless of social status, mental or physical strength. Even though the Academy is located in Greece, ERMIS FC continues to produce top-notch quality players that are signing Pro contracts in National and International Level. 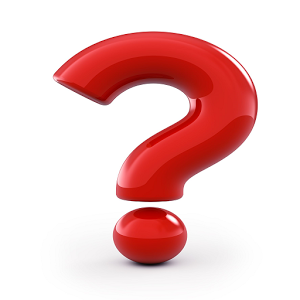 Dear Dog Lovers,
The current application aims in providing you with an overall, and complete, Dog Breeds Library that will be at your disposal with just one button-click. To accomplish such a feat a tremendous amount of data has been collected and analysed.

Infinite possible futures are open to us and infinite is the wisdom of MamaBabuska. Humans struggle to know the future, to interpret events and to access wisdom that will help them understand the divine messages so as to understand their lives. MamaBabuskas wisdom is invite...

The blog of ermisvfland has been established in order to make reference to articles, and various other categories, which, due to space constrains, cannot be submitted to its official sites. Using this opportunity, which a blog provides us with, we will expand to areas and discussions that will offer a broader understanding of our endeavor to all our readers.

Moreover, you are free to re-post anything that will be published in our blog; as long as you make reference to our blog.